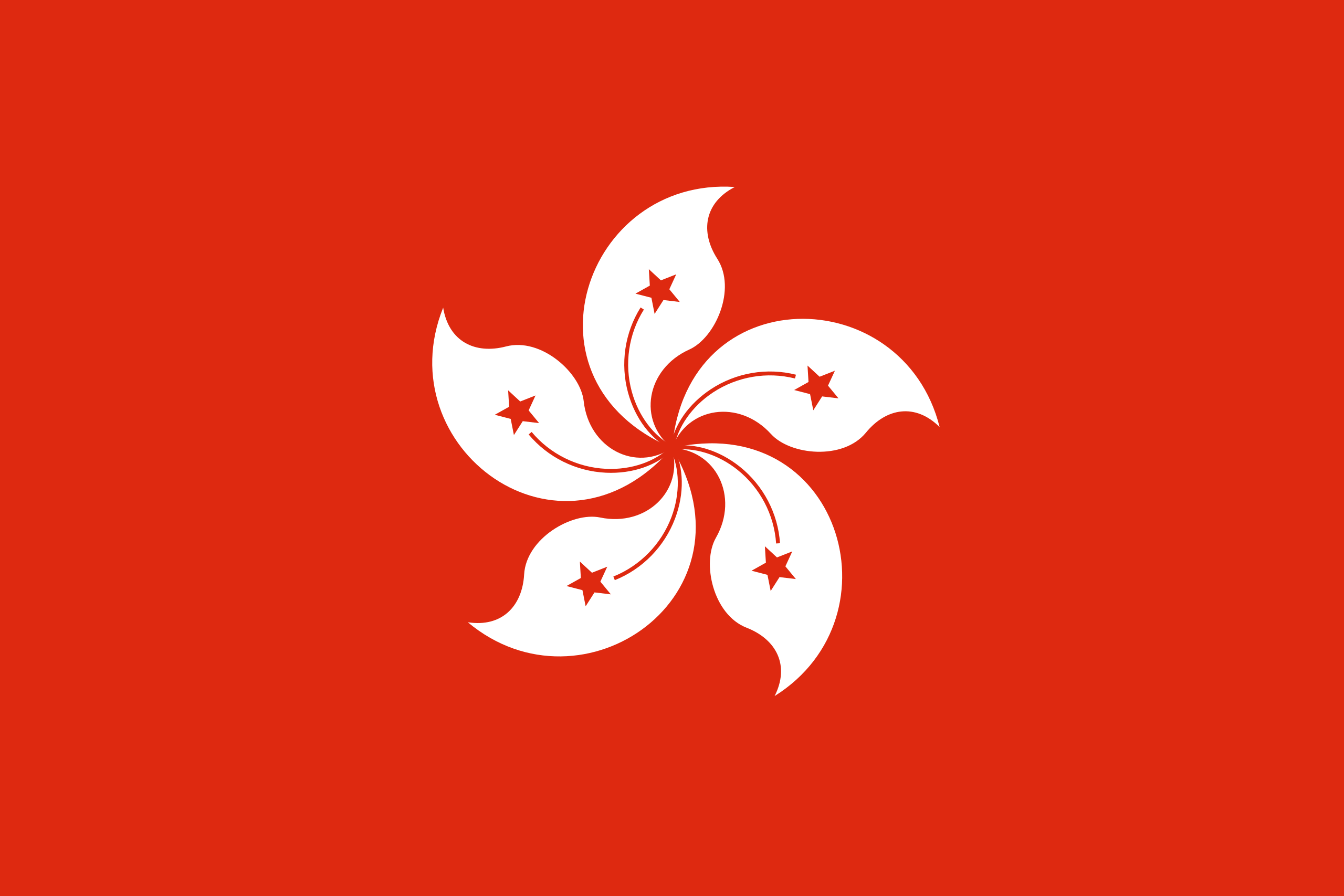 Many Hong Kong citizens and opposition politicians look to Taiwan as a place to escape China’s growing influence. However, there is less desire for independence or to become a new Taiwan. The crux of Hong Kong’s issues lies in its confused identity and awkward geopolitical position.

In late-August 2020 a boat carrying twelve Hong Kong citizens was intercepted by Chinese authorities trying to cross to Taiwan. Their trial began on the 28th of December, not in the city from which they fled, but in the superpower from who’s looming influence they hoped to escape. Just over the Chinese border in Shenzen, a secret trial began, aiming to charge the dozen individuals, the youngest of whom is 16, with attempting to illegally cross into Taiwan.

Within the dramatic and tragic bounds of this particular story we find the culmination of three decidedly different and intertwined states’ histories. On one side stands China, a political and almost literal force of nature, the second wealthiest nation in the world with a reputation to boot. Just below it sits Taiwan, ostensibly the Republic of China, the successor state of the Qing Dynasty which retreated to the island in the wake of the Chinese Civil War, now caught in geopolitical limbo between legitimacy and isolation. Finally, there is Hong Kong, a Special Administrative Region within China, that in theory is able to act independently in most sectors by grace of it having been a British colony for over a century. For Hong Kong and Taiwan, the central theme of their history is their relationship with China, tinged with mistrust and born largely out of the fact that each state developed almost in opposition to China.

Originally under Qing rule for 200 years, Taiwan was ceded to the Japanese in 1895 and returned by the triumphant Allied forces to the new Republic of China. The Chinese elite saw the Taiwanese as possessing a ‘slave mentality’ whilst the Japanese-educated Taiwanese saw the Chinese as uncivilised brutes, a cultural clash that would in February 1947 result in protests, executions, and massacres. Once the Communist Party won the civil war and chased the Nationalist government onto the island in 1949, the ‘White Terror’ began as all mention of that February became banned under martial law, a suppression that lasted for thirty-eight years until 1987.

Waves of Mainland Chinese swept in and exacerbated the ideational gap between islanders and mainlanders, accompanied by a policy of ‘Sinicization’ of the local culture, an effort to paper over the islands colonial and indigenous histories with a more suitable but hereto ‘lost’ Chinese culture. As international recognition of the People’s Republic of China increased, Taiwan sought to reinvent itself internationally and within Asia. Politics changed, and the Nationalist Party that had defined the island in its image for so long became the opposition party in 2000. Twenty-years on and Taiwan has developed into a modern progressive state with its own international identity, yet its politics still must revolve around China as the PRC’s prominence in international politics denies space at every table to the Republic of Taiwan, and as the regime in Beijing maintains Taiwan to be an unreturned province of their new Empire.

Hong Kong on the other hand sees and experiences the threat of China in a different way. The existence of the island as a British Crown colony was felt by the CCP leadership in the 1980s to be an unfortunate reminder of a painful period in Chinese history, handed over to the British after a fabricated war and a comprehensive defeat. With this mentality they came into negotiations with the British and ensured a handover agreement that gave them the upper hand in the city’s politics. It was decided that from 1997 Hong Kong would have fifty years of special freedoms, before which it would return to China on par with all its other provinces. Almost a quarter century later, those freedoms look increasingly under threat, to the extent that on the 6th of January, fifty-three pro-democracy activists were arrested for having helped to organise an unofficial ‘primary’ to select opposition candidates.

The crux of Hong Kong’s issues lies in its confused identity and awkward geopolitical position – it is not a neutral historic entity that exists solely as a former British colony, now fighting against an encroaching power, but rather an ex-British colony now under decentralised control from another major power, in effect a Chinese colony.

Within the contexts of its Chinese-written history, the city is part of China and is returning to where it belongs, as part of the Chinese nation. For the CCP, it is only fair and natural that Hong Kong should be Chinese, with its colonial identity being an unfortunate historical accident. Yet the reality of Hong Kong is that, according to a 2016 CUHK study, around two-thirds of Hong Kongers identify themselves as either uniquely Hongkongese or more Hongkongese than Chinese. This is at odds with the official line, with former Chief Executive C.Y. Leung in 2017 asserting that regardless of how Hong Kong students decided to identify themselves or what their passports said, they were Chinese. Hong Kong lawmaker Regina Ip commented last year that Hong Kong is not at all a stateless nation and asserted that any suggestion it was not part of China was a ‘dangerous delusion’.

Yet the popular movements of the last few years and the political refugees fleeing abroad tell a story of a city that perhaps does not completely agree. There’s a discrepancy between Hong Kong’s official political status and what we might label its emotional state. From a purely political standpoint, Hong Kong’s story is fairly cut and dry as it will in 2047 become part of China, its rapid Sinicization being a natural part of this process. There is no objection to this from the local authorities, nor from China, and thus there is no formal complication within Hong Kong’s international status. But the push and pull of 150 years of colonialism and a growing anti-China sentiment within the population means that the feeling ‘from below’ in Hong Kong is one of trepidation and fear, of anxiety and defiance.

It is in this spirit that many Hong Kong citizens and opposition politicians look to Taiwan. Not necessarily for practical assistance in the fight, as Taiwan’s ability to assist in international terms is rather limited, and not particularly in an aspirational or hopeful way. There is no great desire for independence, to become a new Taiwan, an idea that only polled at 19.5% in August 2020. Nevertheless, as a result of Taiwan’s position in defiance of China, there is great preoccupation in Hong Kong about Taiwan. For example, a simple search of ‘Taiwan’ on any Hong Kong news source throws up about three articles about the island nation published every week, speaking to local intrigue of how Taiwan manages its relationship with China and the world. However, for Hong Kong citizens, Taiwan mostly represents a safe haven for refugees and dissident booksellers. “To arrested protesters, at present time, if you arrive in Taiwan, you see heaven. If not, you see a dead end”, commented one fleeing dissident. It is a physical destination, not an ideological one. It is completely reliant on China for 90% of its food imports, as well as almost all its natural resources, and indeed can only attribute its economic success to its proximity to China. This means that even though support for the protests and reticence towards China’s influence is high, independence is a highly unpragmatic solution to the city-state’s problems.

Across the Strait the view is more nuanced. Taiwanese NGOs seek to offer practical help to those moving across, and Universities let student protesters on the run audit classes and transfer. The Taiwanese government has a programme which, as part of their support of democracy and human rights, promises a humanitarian action plan for Hong Kong escapees. But the view is mostly a worried one, as exemplified by the phrase ‘Today’s Hong Kong, Tomorrow’s Taiwan’. The calls for help are calls for humanitarian aid for those escaping, recognizing the limit to Taiwan’s practical power in this situation. It is largely a political tool, one which the current President used to ride into a second term last year, using Hong Kong as an example of why closer ties with China were a bad idea.

Furthermore, many in Taiwan see Hong Kong as a warning and are concerned that the closer to Hong Kong they get, the more likely they are to get burnt. Some commentators urge caution, lest the waves of Hong Kongers they let in include Chinese spies, as a ‘springboard for extending “red infiltration” into Taiwan’.

One of Hong Kong’s fundamental issues is exemplified in this relationship to Taiwan. Even though the island state represents the closest thing the protesters have to a proper political ally, the practical benefits of this allyship are abstract at best. Hong Kong’s role in international politics starts and ends with its relevance to China’s growth and influence – no-one cares enough to make a stand, and the city’s government will refuse to jeopardize its relationship with China by preventing Hong Kong’s return to China. Pro-Democracy lawmaker Ray Chan told the Atlantic last year that ‘Hong Kong and Taiwan are both at the front line of the global fight to stop Beijing’s creeping authoritarianism and control’.

Yet it is difficult to see what kind of battle can actually be fought at this front line by an oppressed opposition movement and a state that only fourteen nations recognize. On the 6th of January, Hong Kong had more political arrests than positive Covid cases (53 to 26). Every new round of arrests and repressions brings a cursory statement of condemnation from the EU, British government, and US Representatives, an appropriate level of response which tuts at what’s happening in Hong Kong but belies a tendency towards inaction.

Hong Kong’s problem is geo-political, but its tragedy human. Some of the twelve refugees facing a mock trial in Beijing have foreign passports, but as Hong Kong’s former Chief Executive C.Y. Leung urged in 2017, all Chinese nationals must contribute to the development of China, and so must Hong Kong’s citizens, whether they like to or not.

Jonathan Casewell is a graduate of the MSc in Nationalism Studies at the University of Edinburgh with a keen interest in questions of banal or everyday nationalism. And he is one of De Facto’s explorers.