Originally founded in 1977 as the Grand Republic of Vuldstein, The Republic of Molossia is a micronation run by Kevin Baugh. It lies just outside Virginia City, Nevada in the western United States. It is run humorously as a dictatorial banana-republic with Baugh operating as president. Kevin Baugh continues to pay property taxes on the land although he calls it ‘foreign aid’.

Nagorno-Karabakh is a mountainous and forested region in the South Caucasus. Internationally, it is recognized as part of Azerbaijan, but it is governed by an Armenian de facto republic who declared independence in 1991. A war was fought from 1991-1994, and since then, ongoing peace talks have been held—the disputed borders continue to be very active. The de facto republic relies heavily on Armenia, and a huge capital inflow comes from the Armenian diaspora in Russia and the United States. Nagorno-Karabakh is recognized by Abkhazia, South Ossetia and Transnistria.

Kosovo is a partially recognized state in Southeastern Europe. It declared independence from Serbia in 2008, after the war in 1999 and the transitional administration of the United Nations (UNMIK). Kosovo has been recognized by 50% of UN member states, among which the United States and most EU-countries. However, there is also a strong opposition against Kosovo independence, not only expressed by Serbia but also by Russia, China and Spain. The Kosovo Serb majority in the northern part of Kosovo refuses to be part of this new country, and largely functions independently from its institutions. The Ibar River, running through the city of Mitrovica, marks the dividing line. Recently, there are talks about an ethnic land swap: Serbia getting the North, and Kosovo annexing Preševo Valley. This proposal is highly debated, both in the region and in the EU. Critics say it will have a negative spillover effect on other parts of the Balkans and could lead to new wars. 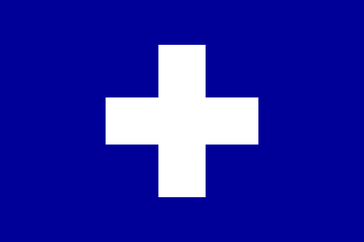 During the early twentieth century the inhabitants of Icaria took advantage of the war in the Balkans and the declining power of the Ottoman Empire to declare the Free State of Icaria (Ελευθέρα Πολιτεία Ικαρίας, Elefthéra Politía Ikarías) on 18th July 1912. The neighbouring islands of Fournoi Korseon were also liberated and became part of the Free State. Ioannis Malahias (Ιωάννης Μαλαχίας) was the first and only president of the Free State of Icaria. The country enjoyed its freedom for five months until it was annexed by the Kingdom of Greece.