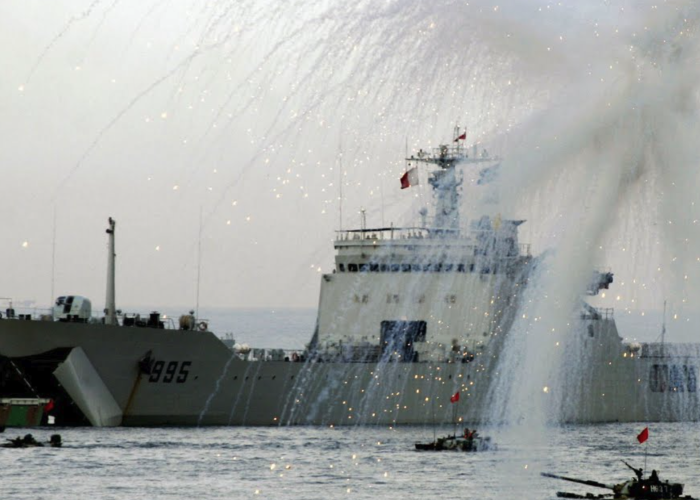 A Chinese invasion of Taiwan in 2026 would result in thousands of casualties among Chinese, United States, Taiwanese and Japanese forces, and it would be unlikely to result in a victory for Beijing, according to a prominent independent Washington think tank. 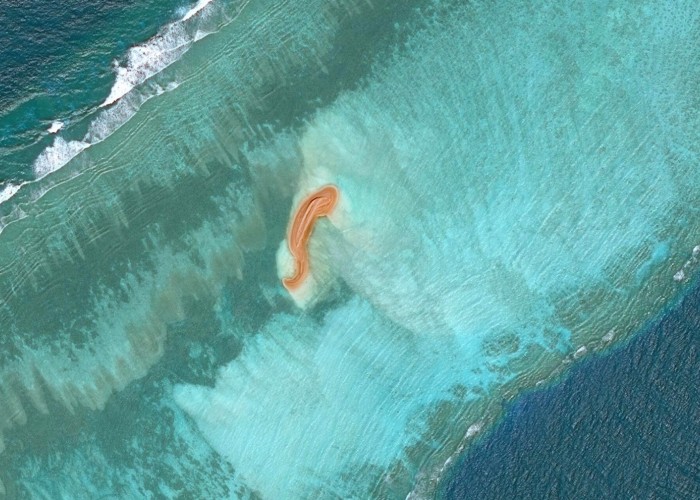 China is building up several unoccupied land features in the South China Sea, according to Western officials, an unprecedented move they said was part of Beijing’s long-running effort to strengthen claims to disputed territory in a region critical to global trade. In the depths of the countryside in eastern Germany, there’s an invisible border. UK Agrees to Negotiate with Mauritius over Handover

The UK has agreed to open negotiations with Mauritius over the future handover of the Chagos Islands, in a major reversal of policy following years of resistance and legal defeats in international courts. The intended agreement will allow for the return of former inhabitants of the Chagos archipelago who were forcibly displaced by the British government in the 1960s and 1970s. By some estimations, Australia hosts around a third of the world’s self-declared micronations. There are three good reasons why 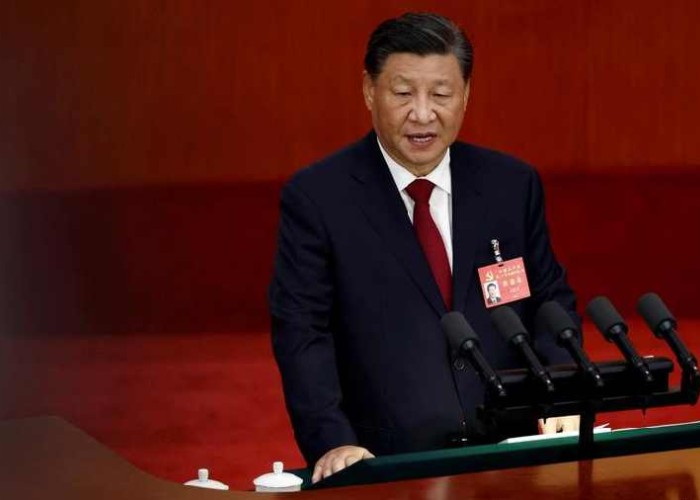 President says he supports peaceful reunification but will ‘never promise to renounce use of force’. Olga Valeyeva, who won the Miss Crimea 2022 beauty pageant, and an unnamed friend were found guilty of ‘discrediting’ the Russian army by singing the patriotic Ukrainian song ‘Chervona Kalyna’ on a balcony. New Clashes Along the Border

Armenia has said nearly 50 of its soldiers have been killed in clashes along the border with Azerbaijan, in the worst escalation of hostilities since a 2020 war. 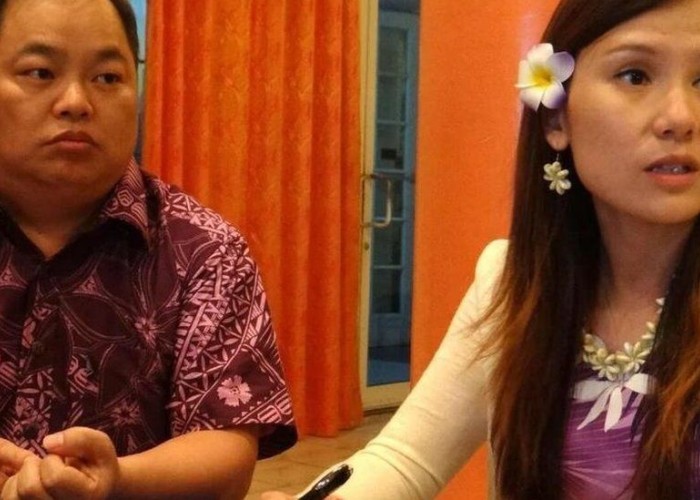 A Chinese couple plotted to set up a mini-state on the Marshall Islands in the Pacific, bribing MPs and officials along the way, US prosecutors say. The man and woman tried to persuade lawmakers to set up a ‘Semi-Autonomous Region’ (SAR) on a remote atoll. For Kashmiris, resolution to decades of conflict remains a distant dream

When Indians mark 75 years of independence this month, poet Zareef Ahmad and others in Kashmir may feel there’s not much to celebrate. 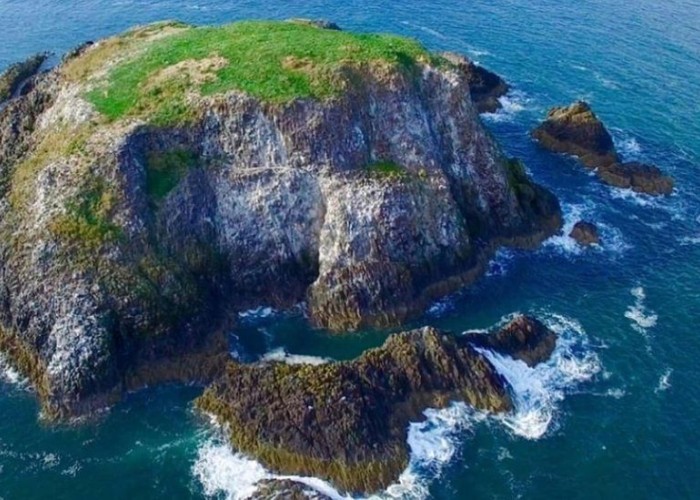 Thirteen years after he bought it, Uri Geller, a master of the grand gesture, has decided to elevate Lamb’s status from a private Scottish island to that of a country, with a flag, constitution and anthem. Settlement on the island itself is not allowed, its only inhabitants being puffins, guillemots and an assortment of other seabirds - and until recently a solitary rat. New tensions erupted over Nagorno-Karabakh on Wednesday as three soldiers were killed and Azerbaijan said it had taken control of several strategic heights in the disputed region. From her first days in Congress, Nancy Pelosi was willing to confront China’s leaders. As she looked toward her legacy, the California Democrat was not about to back down this time. 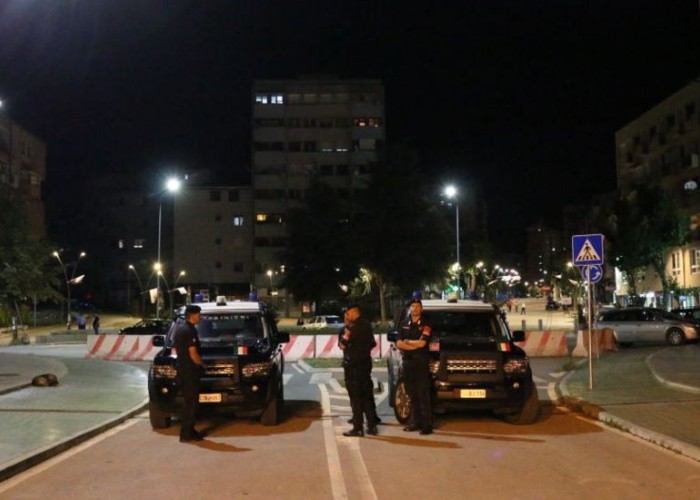 Kosovo’s government has postponed the implementation of new rules that would force people in majority ethnic Serb areas to swap their Serbian-issued car number plates for Kosovan-issued ones. This decision follows on clashes in protest over the new rules. 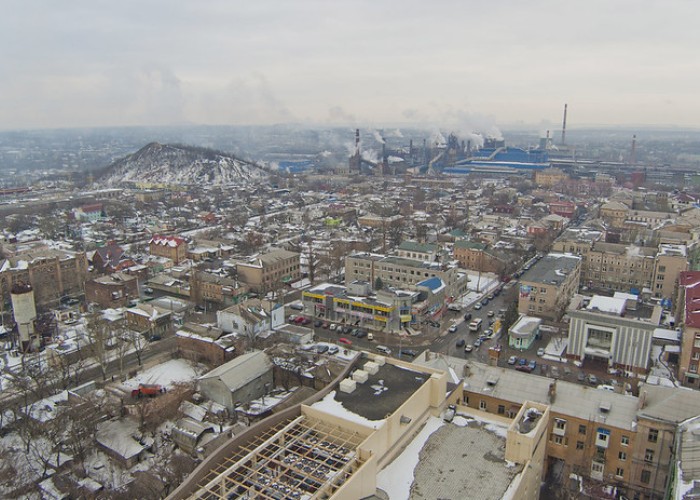 In Crimea and the Donbas, Organized Crime Reigns Supreme

Since they first separated from Ukraine in 2014, a nexus of crime, corruption and rebellion has flourished in the Russian-backed Donetsk and Luhansk ‘People’s Republics’ as well as Russian occupied Crimea, a new report by the Global Initiative Against Transnational Organized Crime found. 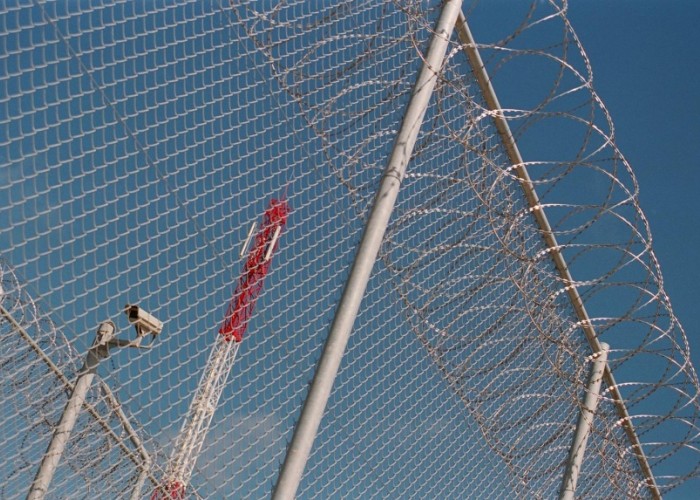 The death toll among those who attempted to scale the fence into the Spanish enclave of Melilla last week continues to mount. With 29 dead, mostly sub-Saharan African, the figure, if confirmed, is among the worst-ever disasters for the Spanish enclave on the north Moroccan coast. 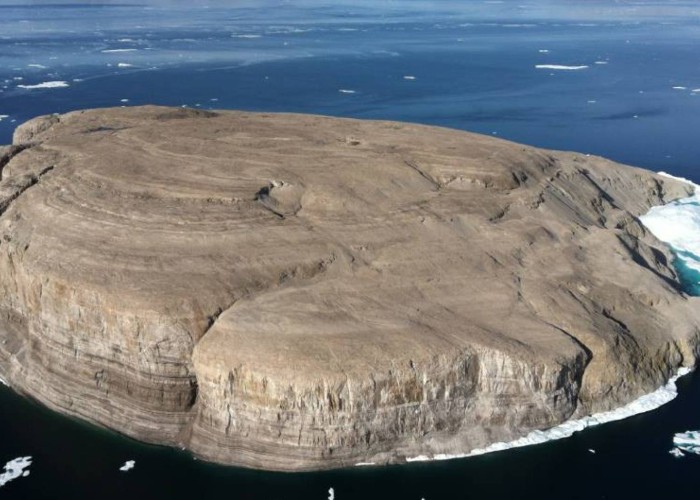 Canada and Denmark resolved a half-century-old border dispute, splitting the ownership of Hans Island, a 1.2-square kilometer mound of rock halfway between Nunavut and Greenland. The new border will divide the island roughly in half, following a natural ravine from north to south. 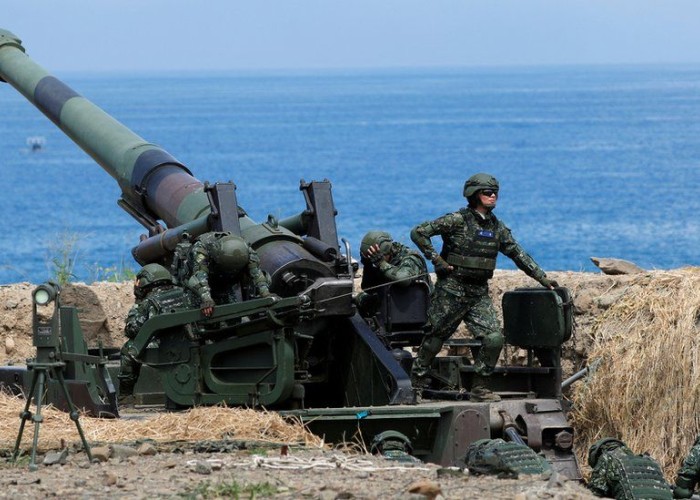 China has warned the US that any attempt to make Taiwan independent from China will trigger military action by Beijing’s forces. Chinese Defence Minister Wei Fenghe met his US counterpart Lloyd Austin on the sidelines of an Asian security summit in Singapore. Cyprus will lodge a complaint with the United Nations over Turkey’s new financial assistance deal with breakaway Turkish Cypriots that demonstrates Ankara’s “complete control” over them, the president of the ethnically divided island nation said Monday. 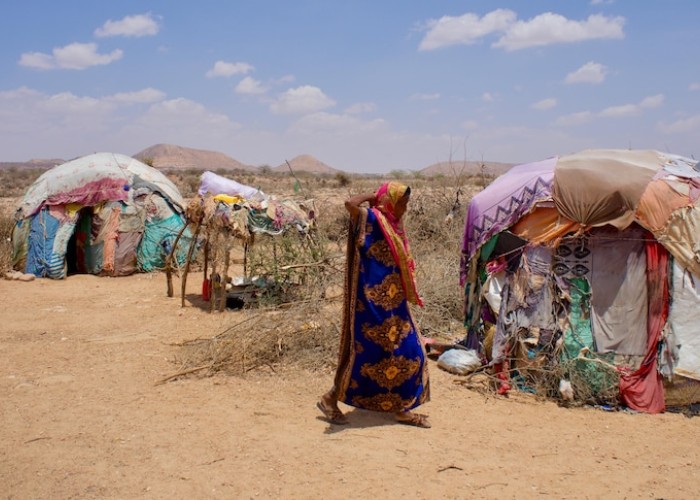 Why Taiwan has found an unlikely friend in Somaliland

The small African state of Somaliland legally doesn’t exist. But Taiwan has spied an opportunity to make its mark. Indian security forces have killed six militants in Kashmir in the past 24 hours while militants shot dead a female TV performer and a police officer, officials said on Thursday, following the conviction of the region’s best-known separatist. 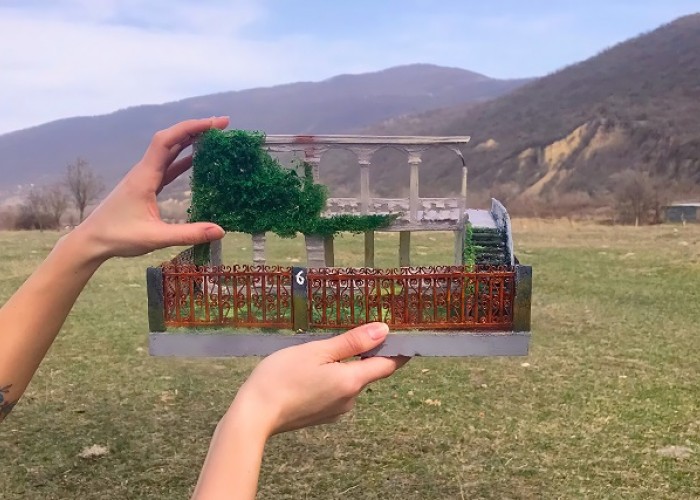 Artist Tamuna Ianvarashvili uses the dioramas as a form of peaceful protest against Russia’s occupation of Georgian regions and its brutality in invading Ukraine in February. 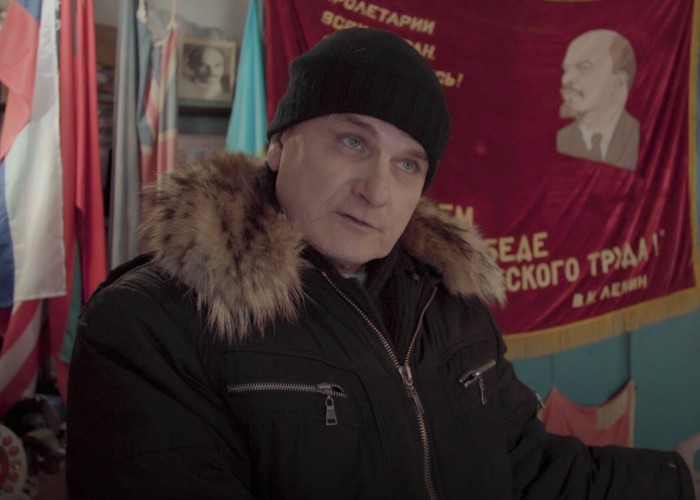 Reporters of The New York Times traveled inside Transnistria, a Moscow-backed breakaway state in Moldova, to find out how Russia’s disinformation campaign stretches beyond its borders. 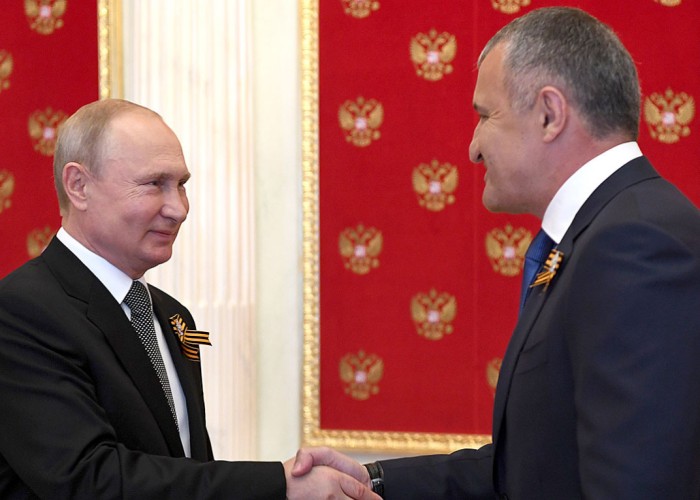 The Kremlin has played down a suggestion by the president of South Ossetia, a breakaway region of Georgia, that the unrecognized state could become part of Russia. Soviet soldiers barged into Hirotoshi Kawata’s home on Sept. 4, 1945, searching for hidden Japanese soldiers and valuables. Kawata, then 11, remembers understanding only two words they said: tokei, or wristwatch; and sake, which they went on to loot from the home. 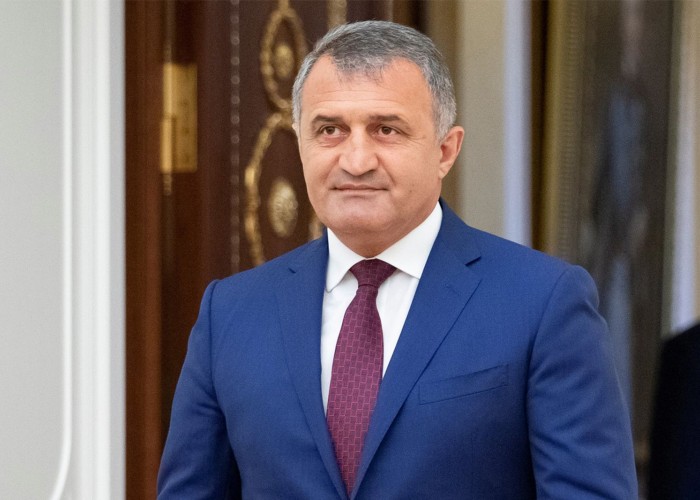 Breakaway Georgian Region Seeks to Be Putin’s Next Annexation

The breakaway Georgian region of South Ossetia will seek to join Russia, potentially leading to a new escalation in the Kremlin’s conflict with the West. 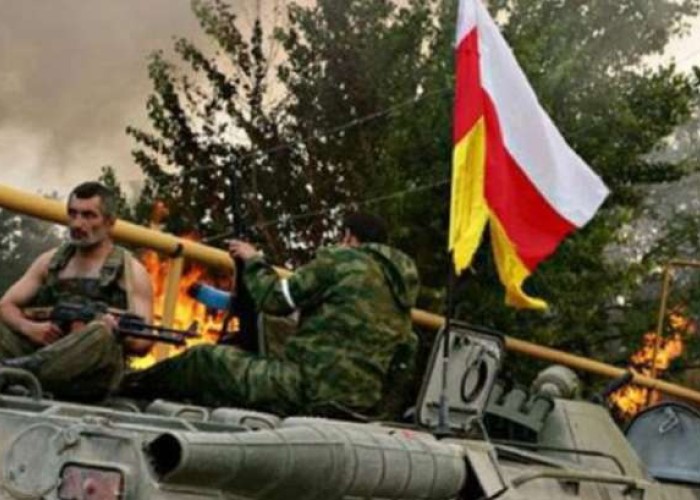 Tanks with the flag of unrecognized South Ossetia spotted in Melitopol

In Melitopol, temporarily occupied by Russian troops, military equipment of the unrecognized South Ossetia, whose forces joined the invaders, was recorded. 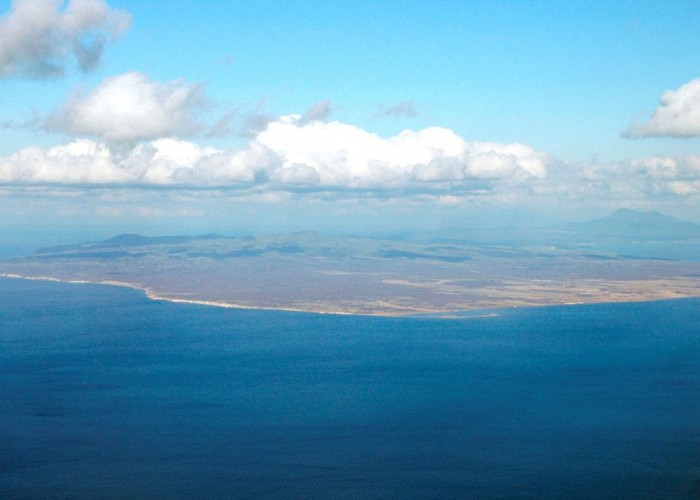 Russia was conducting drills on islands claimed by Tokyo, Japanese media said on Saturday, days after Moscow halted peace talks with Japan because of its sanctions over Russia’s invasion of Ukraine.